When people get together in groups, unusual things can happen — both good and bad. Groups create important social institutions that an individual could not achieve alone, but there can be a darker side to such alliances: Belonging to a group makes people more likely to harm others outside the group.

“Although humans exhibit strong preferences for equity and moral prohibitions against harm in many contexts, people’s priorities change when there is an ‘us’ and a ‘them,’” says Rebecca Saxe, an associate professor of cognitive neuroscience at MIT. “A group of people will often engage in actions that are contrary to the private moral standards of each individual in that group, sweeping otherwise decent individuals into ‘mobs’ that commit looting, vandalism, even physical brutality.” 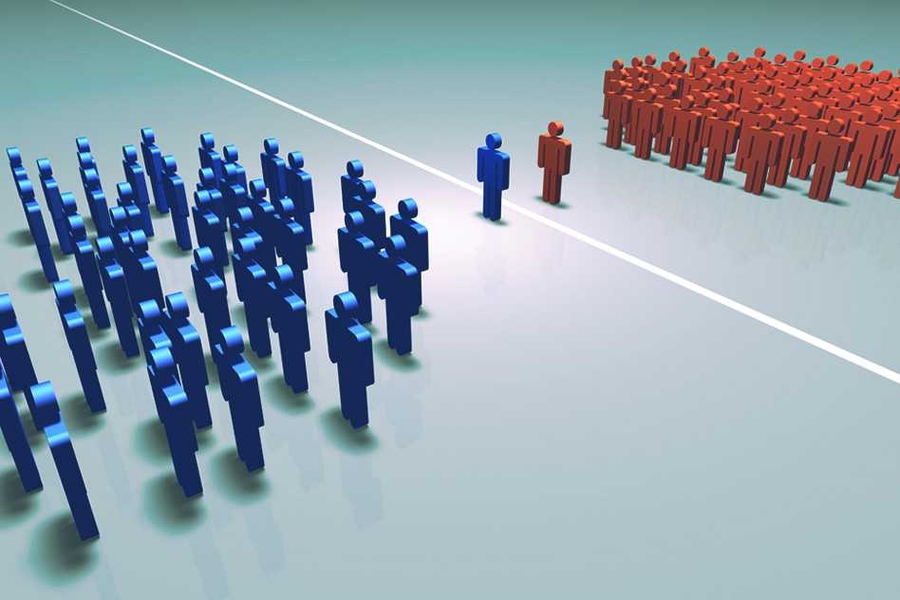 Cikara hopes to follow up on these findings to investigate what makes some people more likely to become “lost” in a group than others. She is also interested in studying whether people are slower to recognize themselves or pick themselves out of a photo lineup after being absorbed in a group activity.

The research was funded by the Eunice Kennedy Shriver National Institute of Child Health and Human Development, the Air Force Office of Scientific Research, and the Packard Foundation.

RainyTownMedia’s coding is elegant, working, and best of all, bug-free. They developed our used car back-end system 5 years ago and it has been going strong ever since. We have recently contracted them to modify our SMS framework and it has been quick and painless. They have been a pleasure to work with.
← Previous Site
Visit the site
Next Site →